For such a special anniversary, a very brief review of how this symposium came to be will worth-while in helping to explain its purpose.

As the most veteran participants of this annual symposium are aware, if we turn the calendar back to the 1980s and early 1990s, the US and Europe were the hub of nearly every major medical sci-entific interaction platform in our fields. For example, the US was most attracting place for the world's most talented scientists, and that nearly every major international scientific meeting was held in western countries.

At same time, some of the more perceptive talented scientists from East Asia, however, noticed that a lot of excellent science was being done in East Asia. And they started to ask themselves, "With so many superb scientists in East Asia, we must create the scientific and interactive nucleus of medi-cal science in the East Asia region to learn about work being done in countries next door to our own. Can't we form networks of elite scientists within East Asia which can contribute to the rest of medi-cal science world?" What we now call the East Asia Joint Symposium (EAJS) was started based on this kind of idea and has been held every year since 1994, when it started as a bilateral symposium between bio-medical scientists at the Institute of Medical Science, University of Tokyo (IMSUT) and the Institute for Molecular Biology and Genetics, Seoul National University under the leadership of Prof. Jeong-Bin Yim then at Seoul National University and Prof. Ken-ichi Arai at our institute.

According to the growth of excellent scientific environment in the East Asia region, the number of participating institutes was naturally started to increase at the 7th Symposium, and the current membership of 6 institutes was settled on at the 12th Symposium held in 2005. Hopefully, Prof. Yim will explain later in greater detail how more like-minded visionary scientists were rapidly found in other East Asian countries, enabling the East Asia Joint Symposium to mature into its present form. We have all grown to appreciate the founders' vision for creating such a wonderful scientific and interactive East Asia based bio-medical science platform providing excellent opportunities for us to meeting and hosting fellow elite East Asian biomedical scientists. Based on this excellent institu-tional memory of the East-Asia Symposium, our mission should be leading and guiding continuous scientific growth of the East-Asia Symposium for globally contributing through the collaborative in-teraction with western and developing countries.

And from the outset, offering inspiration and international training to young scientists has been an-other one of the central goals of this symposium. We have enjoyed the short talks and posters by the graduate students and postdocs the last two days. And as in past symposia, we look forward to the Tomy Award ceremony this evening recognizing the students' and postdos' research achieve-ments as one of the last official events of this symposium.

Through this symposium, scientists with closely related research of course can be expected to maintain contact, and in addition, we also will learn about the latest research across a broad swath of biomedical fields and become aware of new approaches and perhaps even unexpected connec-tions between different fields. Please make the most of this scientific alliance and broaden your scientific and social network of contacts.

I appreciate again from the bottom of my heart the founding members for their foresight and con-tinuous big contribution and support for 20 years. And at the same time, let me thank all the current members of EAJS who are going to lead this symposium into a more attractive and worthwhile one that promotes the construction of global network in biomedical science and its interdisciplinary value in East Asia.

For the special occasion of this 20 years' memorial symposium, I would like to remind each other our mission and future of the EAJS. "EAJS" is an abbreviation of "EAST Asia Joint Symposium". At the same time, the abbreviation is consisted with following meanings:

We all have to think about "Expectation", "Acceleration", "Joy" and "Superb" of Bio-medical science for our continuous development of EAJS.

I hope you enjoy today's 20-year anniversary special symposium and lively discussions with the 10 prominent researchers. Let's look forward to listening together to their talks.

Finally, I express our sincere appreciation to the private support from various companies who share the scientific mission and value of EAJS. And I should also acknowledge our talented IMSUT staffs in the project coordination office and administration office, who have been devoted their time and effort for the planning and operating this wonderful 20th EAJS.

Thank you for your attention and enjoy this special event for the 20th anniversary of EAJS. 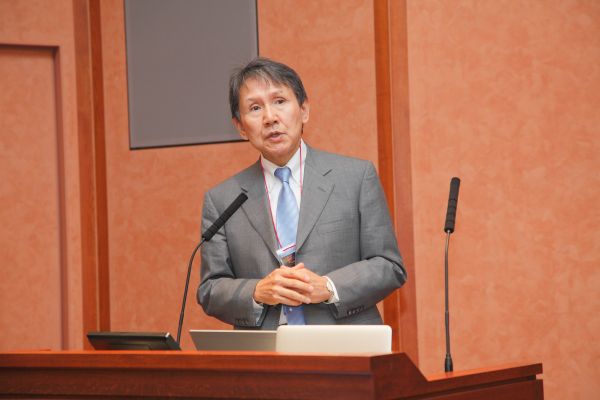 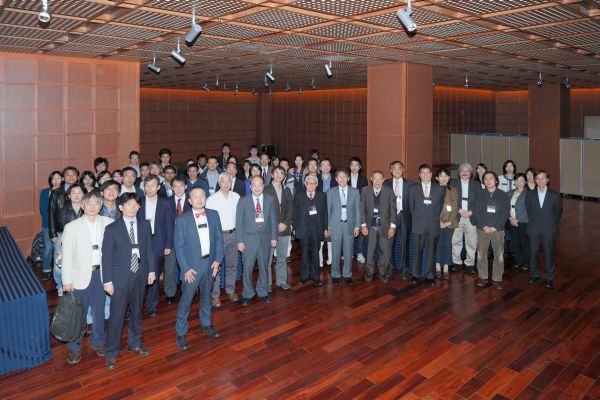