Identification of distinct loci for de novo DNA methylation by DNMT3A and DNMT3B during mammalian development.

A research team working at  The University of Tokyo and Kyoto University in Japan has announced that they have successfully identified specific target sites for the DNA methylases DNMT3A and DNMT3B (*2 ).

“ The results will lead to the elucidation of the regulatory mechanism of DNA methylation during the mammalian developmental process and also lead to a more detailed understanding of the onset mechanism of cancer and other diseases caused by abnormal DNA methylation.,” said the principal investigator of this research, Professor Yasuhiro Yamada at the Division of Stem Cell Pathology, Center for Experimental Medicine and Systems Biology, The Institute of Medical Science, The University of Tokyo (IMSUT). 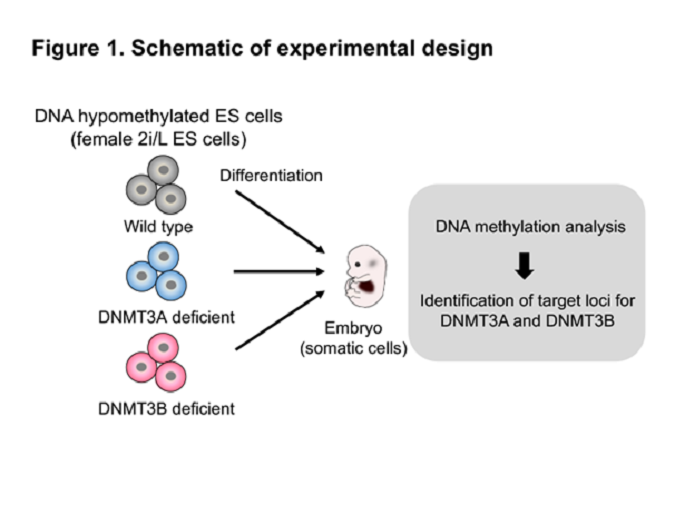 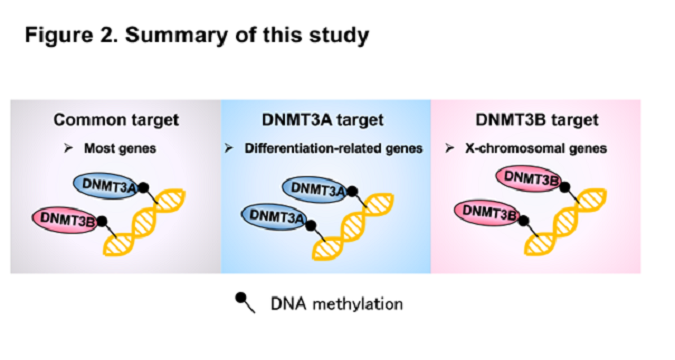 (*1 ) DNA methylation
A biological process by which methyl groups are added to the DNA molecule, which is important for regulation of gene expression.